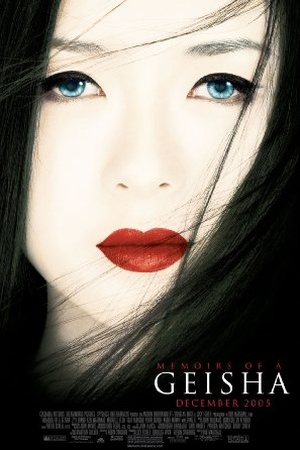 Is Memoirs of a Geisha on Netflix United States?

Sorry, Memoirs of a Geisha (2005) isn't available on Netflix United States, but is available in a different country. Still want to view it? click here.

When 9-year-old Chiyo is sold to a geisha house, she endures harsh treatment from the owners and the head geisha, who's envious of Chiyo's beauty. Nitta Sayuri reveals how she transcended her fishing-village roots and became one of Japan's most celebrated geisha. "... a visually stunning adaptation of Arthur Golden's best-selling novel." (Barry Caine, Oakland Tribune) The director of Chicago, Rob Marshall, transports us into a mysterious and exotic world that casts a potent spell. A Cinderella story like no other, Memoirs of a Geisha stars Ziyi Zhang, Ken Watanabe, Michelle Yeoh and Gong Li. "Gorgeously photographed, meticulously directed and hypnotically acted. Memoirs of a Geisha is luxurious, ethereal and intoxicating. It will leave you breathless." (Rex Reed, New York Observer)