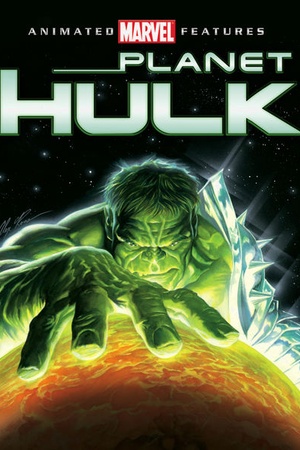 The Incredible Hulk, ejected from Earth in a spaceship, crash-lands on a planet ruled by a tyrant, who forces him to fight in a coliseum against other powerful creatures. The Hulk reluctantly befriends the combatants on his team. When Earth's superheroes exile the volatile Incredible Hulk to a distant planet called Sakaar, the muscle-bound green monster is sold into slavery.