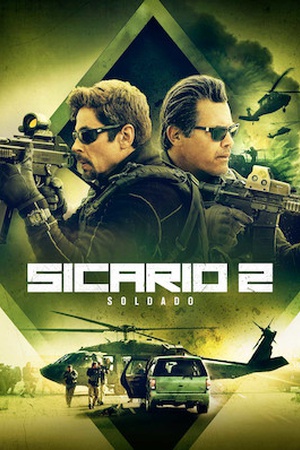 Is Sicario: Day of the Soldado on Netflix United States?

Sorry, Sicario: Day of the Soldado (2018) isn't available on Netflix United States, but is available in a different country. Still want to view it? click here.

The drug war on the U.S.-Mexico border has escalated as the cartels have begun trafficking terrorists across the US border. To fight the war, federal agent Matt Graver re-teams with the mercurial Alejandro. When Mexican cartels are suspected of trafficking in terror, a federal agent taps a hitman for help -- until the war becomes personal.