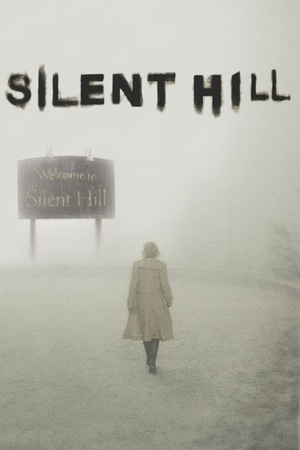 Based on the best-selling horror action game, Silent Hill stars Radha Mitchell (Man on Fire) as Rose, a desperate mother who takes her adopted daughter, Sharon, to the town of Silent Hill in an attempt to cure her of her ailment. After a violent car crash, Sharon disappears and Rose begins her desperate search to get her back. She descends into a fog of smoldering ash and into the center of the twisted reality of a town's terrible secret. Pursued by grotesquely deformed creatures and a townspeople stuck in permanent purgatory, Rose begins to uncover the truth behind the apocalyptic disaster that burned the town 30 years back. Dare to step inside the horrific town of Silent Hill, where darkness preys on every soul and Hell's creations await around every corner. But know that once you enter... there is no turning back. A woman, Rose, goes in search for her adopted daughter within the confines of a strange, desolate town called Silent Hill. When her adopted daughter goes missing after a car crash, Rose searches for her in Silent Hill, a ghost town haunted by nightmarish beings.