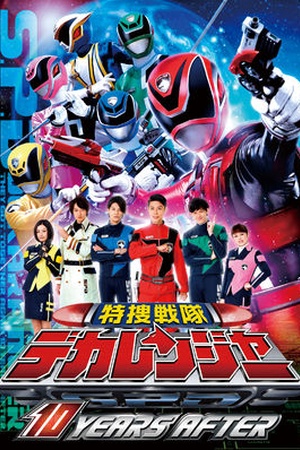 Is Tokusou Sentai Dekaranger The Movie: 10 Years After on Netflix United States?

Sorry, Tokusou Sentai Dekaranger The Movie: 10 Years After (2015) isn't available on Netflix United States, but is available in a different country. Still want to view it? click here.

Say it ain't so - Doggie is a criminal. For the first time in 10 years, Dekaranger assembles for a crisis on Earth Station. Ten years after Dekaranger saved the planet from devastation, Ban... Ten years after going their separate ways, the Dekarangers are reunited by new accusations of corruption against one of their own.