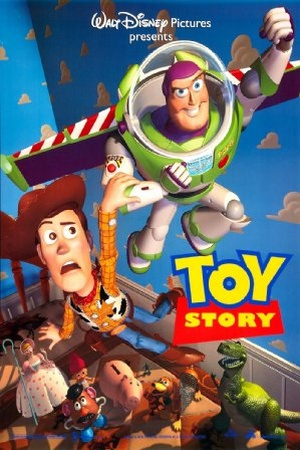 Sorry, Toy Story (1995) isn't available on Netflix United States, but is available in a different country.

Cowboy-toy Woody feels threatened when space ranger Buzz Lightyear arrives. But they join forces to find their way home when the family moves. A cowboy doll is profoundly threatened and jealous when a new spaceman figure supplants him as top toy in a boy's room. Set in a world where toys have a life of their own when people are not present, Toy Story takes moviegoers on a fantastic fun-filled journey, viewed mostly through the eyes of two rival toys - Woody (Tom Hanks), a pull-string talking cowboy, and Buzz Lightyear (Tim Allen), a superhero space action-figure. The comically-mismatched duo eventually learn to put aside their differences when circumstances separate them from their owner, Andy, and they find themselves on a hilarious adventure-filled mission where the only way they can survive is to form an uneasy alliance. Toy Story was the first full-length motion picture to be created entirely through the use of computer animation.