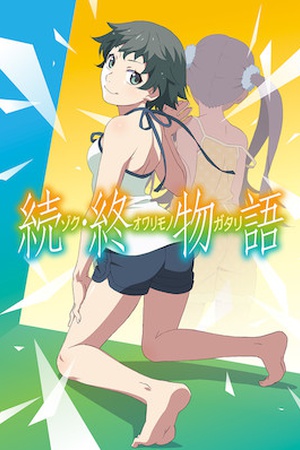 Sorry, Zoku Owarimonogatari (2019) isn't available on Netflix United States, but is available in a different country. Still want to view it? click here.

On the morning of March 16, Koyomi washed his face, and then he feels like his shadow in a mirror looks at him. When he touches a mirror without thinking, he falls into the reverse world. Can he go back to the real world? Koyomi Araragi graduates high school with his battle against Ougi behind him, only to be trapped in a mirror world where things aren’t what they seem.