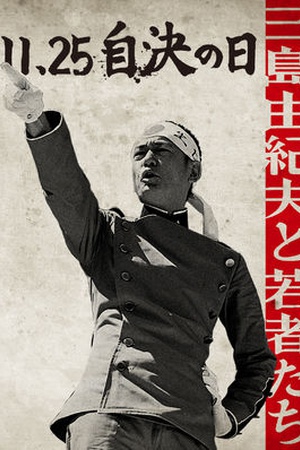 Is 11/25 The Day Mishima Chose His Own Fate on Netflix United States?

Sorry, 11/25 The Day Mishima Chose His Own Fate (2012) isn't available on Netflix United States, but is available in a different country. Still want to view it? click here.

On November 25th 1970, a man committed ritual suicide inside the Tokyo headquarters of the Japanese Ministry of Defence, leaving behind a legacy of masterpieces and a controversy that ... Set in Yukio Mishima's final days, this fact-based drama follows the famed novelist and political activist's brief and failed coup attempt.