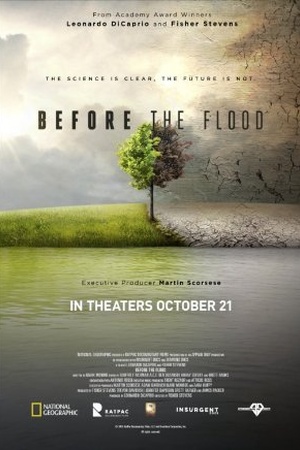 Is Before the Flood on Netflix United States?

Yes! Before the Flood (2016) is available on Netflix United States.

A look at how climate change affects our environment and what society can do to prevent the demise of endangered species, ecosystems and native communities across the planet. Leonardo DiCaprio crisscrosses the globe to investigate the consequences of man-made globe warming and the measures being taken to reverse it. From Academy Award®-winning filmmaker Fisher Stevens and Academy Award-winning actor, environmental activist and U.N. Messenger of Peace Leonardo DiCaprio, Before the Flood presents a riveting account of the dramatic changes occurring around the world due to climate change, as well as the actions we as individuals and as a society can take to prevent catastrophic disruption of life on our planet.