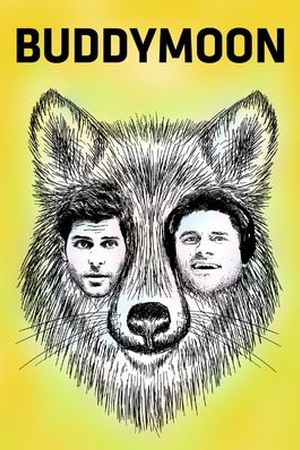 Is Buddymoon on Netflix United States?

Sorry, Buddymoon (2016) isn't available on Netflix United States, but is available in a different country. Still want to view it? click here.

When a former child actor is dumped by his fiancé days before the wedding, his excitable German best man takes him on the honeymoon instead: a backcountry trek in the remote mountains of Oregon. David (David Giuntoli) is left by his fiancé days before the wedding, and Flula (Flula Borg), his eccentrically upbeat best man, insists that they go on David’s honeymoon together: a backpacking trip through Oregon’s scenic mountains. Prepare to laugh when the pair crosses paths with a dazed conspiracy theorist (Brian T. Finney), an attractively charming backpacker (Claire Coffee), and a bloodthirsty predator (an actual wolf) who all partake in a trek that tests their friendship – and their lives. The BUDDYMOON adventures are bookended with passages from William Clark’s diary describing his friendship and expedition with Meriwether Lewis, giving David and Flula’s relationship a touch of male bonding history. BUDDYMOON is Alex Simmons’s first feature film, who has years of success in the documentary genre. He co-wrote the film with his friends and former roommates David Giuntoli and Flula Borg. Jilted by his fiancée, a disheartened man goes backpacking with his cheerful pal in Oregon, where they meet eclectic travelers and a hungry wolf.