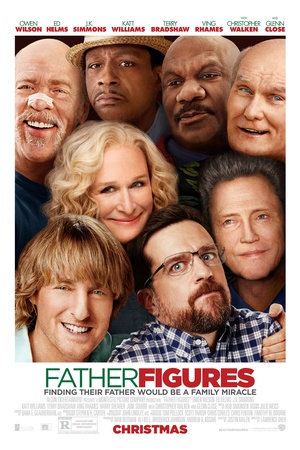 Sorry, Father Figures (2017) isn't available on Netflix United States, but is available in a different country. Still want to view it? click here.

Upon learning that their mother has been lying to them for years about their allegedly deceased father, two fraternal twin brothers hit the road in order to find him. After learning their supposedly dead father is still alive, fraternal twins Peter and Kyle go on a road trip to find him, uncovering other truths. “Father Figures” focuses on two brothers (Ed Helms, Owen Wilson) whose eccentric mother (Glenn Close) raised them to believe their father died when they were young. When they discover this to be a lie, they set out to find their real father, learning more about their mother than they probably ever wanted to know.