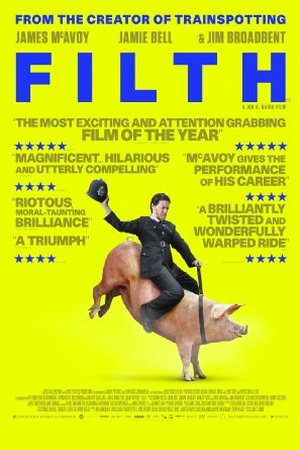 Is Filth on Netflix United States?

Sorry, Filth (2013) isn't available on Netflix United States, but is available in a different country. Still want to view it? click here.

A corrupt, junkie cop with bipolar disorder attempts to manipulate his way through a promotion in order to win back his wife and daughter while also fighting his own inner demons. An arrogant, corrupt cop who believes he's the only competent person in his department sees a recent murder case as a path to promotion.