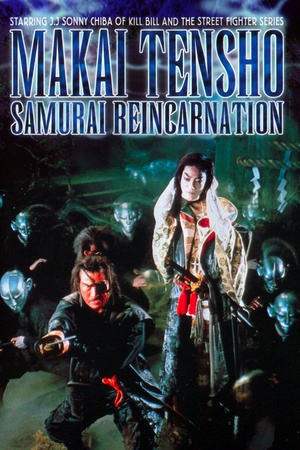 Sorry, Samurai Resurrection (2003) isn't available on Netflix United States, but is available in a different country. Still want to view it? click here.

37,000 Peasants perished in the Shimbara Revolt: among them, the leader of that uprising, Shiro Amakusa. Amakusa is resurrected from hell bent on revenging the death of his fellow comrades ... Ten years after a samurai revolt fails, its leader rises from the dead and marches on Edo with an army of undead swordsmen. Only one man can stop him.