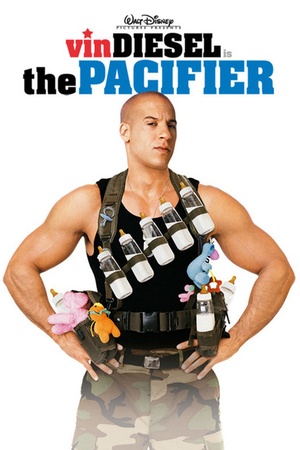 Is The Pacifier on Netflix United States?

Sorry, The Pacifier (2005) isn't available on Netflix United States, but is available in a different country.

A tough Navy SEAL never imagined he'd end up baby-sitting a crop of unruly kids -- and is shocked to discover it's the hardest job he's ever had. Having recovered from wounds received in a failed rescue operation, Navy SEAL Shane Wolfe is handed a new assignment: Protect the five Plummer kids from enemies of their recently deceased father -- a government scientist whose top-secret experiment remains in the kids' house.