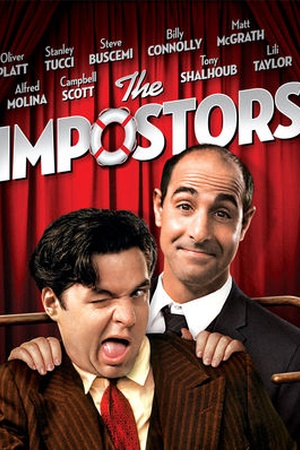 Is The Impostors on Netflix United States?

Sorry, The Impostors (1998) isn't available on Netflix United States, but is available in a different country.

In an attempt to resurrect the slapstick comedy of Laurel and Hardy or The Marx Brothers, Arthur (Stanley Tucci) and Maurice (Oliver Platt) team-up as two out-of-work actors who ... Two struggling actors are forced into a madcap succession of masquerades aboard an elite ocean liner swarming with people who aren't what they seem.